Suspect arrested after SWAT standoff for murder of Tennessee deputy

SPRINGFIELD, Tennessee (WDEF) – After a day-long standoff, police have finally arrested a suspect for the murder of a Middle Tennessee deputy on Sunday.

22 year old Savanna Puckett failed to show up for her shift Sunday evening at the Robertson County Sheriff’s Office.

When another deputy went by her home to check on her, he found it in flames.

Firefighters eventually pulled her out and found she had been shot.

She was pronounced dead at the scene.

The TBI got involved in the investigation Sunday night.

They identified an acquaintance of hers, 27 year old James Jackson Conn as a suspect.

TBI agents, Rutherford County and Smyrna Police arrived at his home in on the other side of Nashville early this morning to serve a search warrant.

But he held them at bay in a standoff for several hours.

He faces charges of First Degree Murder and Aggravated Arson.

Deputy Puckett had worked for Robertson County since she was 18.

“Words cannot express the sadness and grief that Savanna’s family and her Sheriff’s Office family are facing right now. This is a tragedy that we are processing minute by minute. Please keep Savanna, her family, and the Sheriff’s Office in your thoughts and prayers,” stated Sheriff Michael Van Dyke. 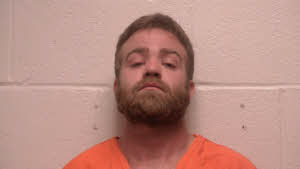