CHATTANOOGA (WDEF) – TDOT tonight announced another lane closure to repair the damage from the I 75 bridge guardrail collapse.

Traffic has already been reduced to one lane on top of the overpass (I 75 south).

But beginning Tuesday evening, they cut down the I 24 west lane going underneath to just one lane.

The emergency schedule will last until TDOT can put up a new barricade rail.

That should take a couple of weeks.

At that point, they will reopen the overpass to 2 lanes.

That repair will have to last for about a year.

Sometime in 2020, TDOT plans on rebuilding the entire interchange, which will included tearing this bridge down. The rebuild will take a few years to complete. 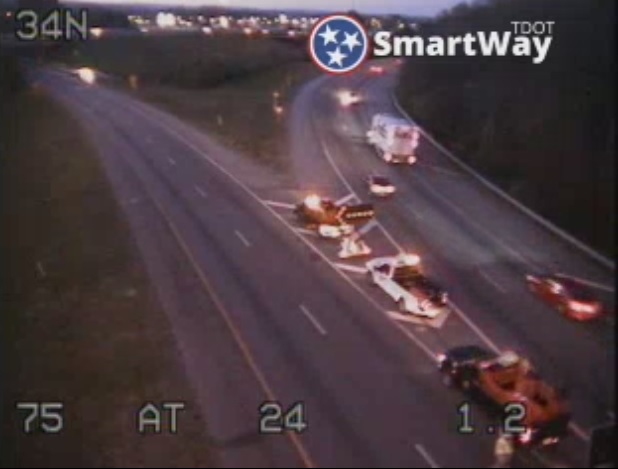