An image taken from video shows Kentucky toddler Kenneth Howard after he was found by search crews on the side of a steep incline less than 2,000 feet from his home in Floyd County, May 15, 2019. WYMT

Salyersville, Ky. — A 22-month-old boy has been found safe, almost three days after disappearing from his rural Kentucky home. Little Kenneth Howard was found on a 50-foot steep incline, less than 2,000 feet away from his home, reported CBS News affiliate WYMT. Police said crews found him after hearing him crying.

State police announced the good news in a tweet on Wednesday, saying Howard had been found just before 2 p.m. in Floyd County, near a strip mine. He was taken quickly by an emergency medical services helicopter to be examined, but while he was dehydrated and exhausted, he appeared otherwise healthy.

News outlets reported earlier that Magoffin County Emergency Management Director Robert Prater said the original search area was a half-mile radius from the home but widened to about 1 mile and included the old, overgrown mining operation.

The boy’s father, who had offered a $5,000 reward for Howard’s safe return, told WYMT that his son’s safe recovery was the “best thing that ever happened to me.” 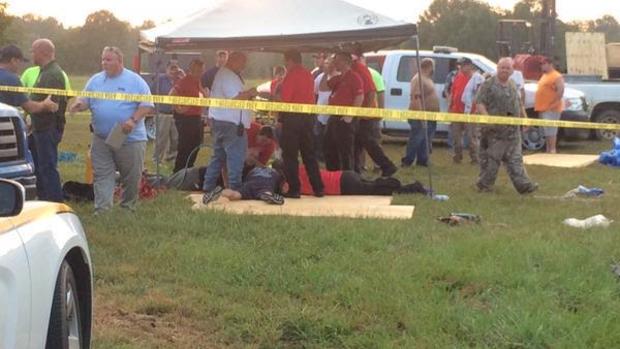 “Disbelief, for a while,” Elden Howard said. “‘Til they told me they were sure it was him and stuff, and I’d seen a picture. I said, ‘that’s my boy.’ Tickled me to death. Best thing that ever happened to me in my life.”

Another official involved in the search told WYMT it was surprising how far from his home Howard had made it, given the rough ground he covered.

“Over terrain, I would not, in fact I can’t, even as a young man I don’t think I’d even attempt it,” the official said. “That child is a true Kentucky mountain boy.”

“He’s tough, that little kid is. I can’t believe all the help. I don’t know how we’re going to thank everybody. But we’ve had people from everywhere. I really don’t know where all they’ve come from, out of state, and everywhere to help us,” South Magoffin Fire Department Assistant Chief Brent Handshoe told WYMT.