The semitrailer crashed on Interstate 40 near Knoxville around 5:30 a.m., news outlets reported.

One of the ramps in the area was expected to be closed for several hours as emergency crews responded and others cleaned up, Mark Nagi, community relations officer for the agency, said on Twitter.

Nagi followed up with a photo of dozens of cardboard boxes filled with packaged M&Ms sitting among the debris.

The agency didn’t say if anyone was injured in the crash. 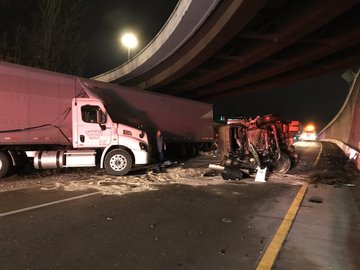