Google’s top trends of the decade

Each year, Google rounds up the year in search trends and reveals the fastest-rising search terms people Googled that year. This year’s list is topped by searches for Disney+, followed by late Disney star Cameron Boyce, late rapper Nipsey Hussle, Hurricane Dorian, and the former NFL player Antonio Brown. Here’s a look at the top search terms on Google for every year of the past decade — some of them may surprise you.

Disney+ was the fastest rising search term in the U.S. this year, according to Google. “Baby Yoda,” who took the world by storm after appearing in the original Disney+ series “The Mandalorian,” was the most-searched baby. Disney/Getty

With soccer being one of the most popular sports in the world, it’s no wonder “World Cup” is often on Google’s most-searched list during tournament years. Last year, France defeated Croatia 4-2 in the World Cup final. 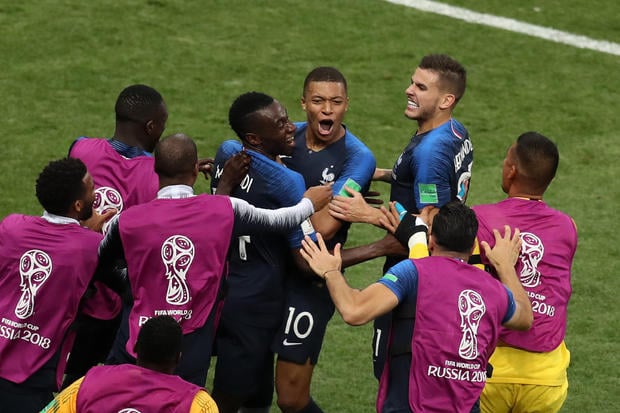 Kylian Mbappe of France celebrates with teammates after scoring his team’s fourth goal during the 2018 FIFA World Cup Final between France and Croatia at Luzhniki Stadium on July 15, 2018 in Moscow, Russia. Catherine Ivill / Getty Images

Several islands in the Caribbean were reduced to rubble when Hurricane Irma tore through the region in September 2017. The powerful storm also caused widespread damage across Florida. 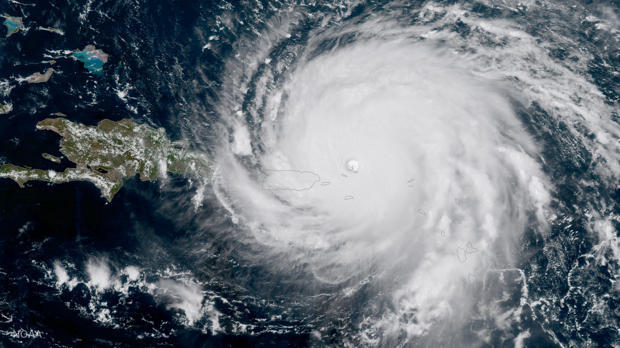 The year in search got a bit of a curveball in 2016 — actually, it was a Powerball. The term skyrocketed in U.S. Google searches that year after the jackpot topped $1 billion.

Prince was the second highest trending search term of 2016, after the singer died suddenly at the age of 57 inside his Minnesota compound, Paisley Park.

2016 was also an Olympic year, and the Summer Games in Rio were the top news event searched in the United States. 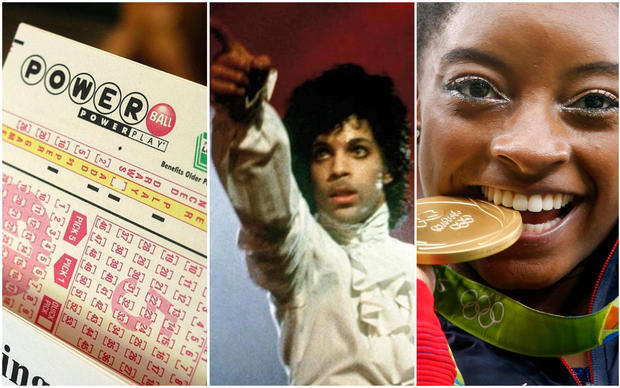 The more than $1 billion Powerball, Prince’s death and the Summer Olympics in Rio were some of the stories that rocked the U.S. in 2016. Getty

In 2015, the fastest-rising search term was a person, Lamar Odom. The NBA player joined a reality TV dynasty when he married Khloe Kardashian in 2009. By 2015, Odom and Kardashian were going through a divorce. That year, he was found unconscious in a Nevada brothel, suffering an apparent drug overdose. Kardashian and her family were by Odom’s side during his recovery and she dismissed the divorce filing until he recovered.

Another Kardashian-Jenner family member made headlines that year. Also on the list of top Google search terms was Caitlyn Jenner, formerly Bruce Jenner, who introduced herself to the world as Caitlyn for the first time on the cover of Vanity Fair. Jenner had come out as transgender earlier that year and began to publicly transition from man to woman. 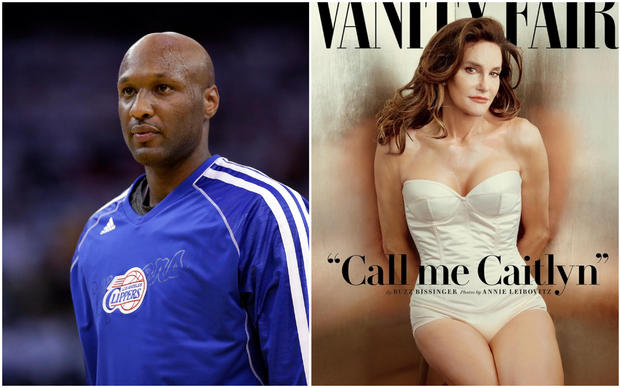 Lamar Odom was both the highest-trending search term and the most-searched person in 2015. Caitlyn Jenner was the second-most searched person. Getty/Vanity Fair

2014 saw the loss of Robin Williams, who died by suicide in August. The actor was the fastest rising search term in the U.S. that year.

Williams first rose to fame from the stand-up comedy circuit in the 1970s, with a manic improvisational style all his own. He went on to become an Academy Award winner and three-time Golden Globe winner.

This was also a World Cup year, and that term was second on Google’s list, followed by Ebola, as an outbreak of the deadly virus sickened thousands; Malaysia Airlines, after Flight 370 mysteriously vanished somewhere over the Pacific; and the viral video game Flappy Bird. 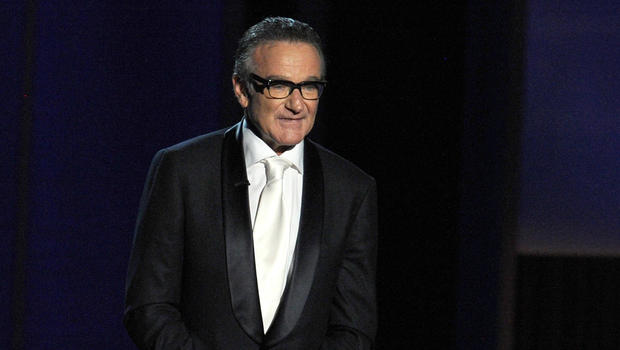 Robin Williams died at age 57 in August 2014. He was the top trending search in Google that year.

Actor Paul Walker, who was best known for his role as Brian O’Conner in the “Fast and Furious” films, was killed in a car crash north of Los Angeles in November 2013 at the age of 40. Walker’s name topped Google’s list of search terms in the U.S. that year, according to several news outlets that reported on the list at the time.

Paul Walker, who is known for his role in the “Fast and the Furious” film series, died in a car crash in 2013.

Singer Whitney Houston passed away at the age of 48 in 2012, and topped Google’s list for searches that year. Houston ruled as pop music’s queen until her majestic voice and regal image were ravaged by drug use, erratic behavior and a tumultuous marriage to singer Bobby Brown.

The singer’s cause of death was determined to be drowning along with “effects of atherosclerotic heart disease and cocaine use.” She left behind one daughter, Bobbi Kristina Brown, who died just a few years later in 2016. 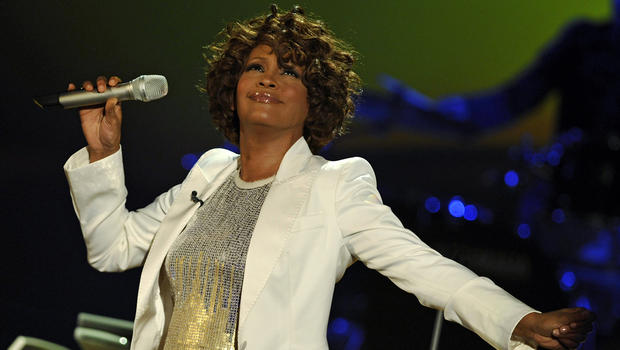 In the early part of the decade,13-year-old Rebecca Black became a music sensation in what was then a whole new way. The teen released a music video for her song “Friday” on YouTube and it took the world by storm. The repetitive tune went viral and became an ear worm stuck in the heads of millions of people.

Now, the song has 138 million views on YouTube, so it’s not wonder that at the peak of her popularity, Black became Google’s fastest-rising search term in the U.S.

Also in 2011, Americans were engrossed in the trial of Casey Anthony, a Florida mother charged in the 2008 death of her 2-year-old daughter, Caylee. After deliberating for more than 10 hours, a jury found Anthony not guilty of first-degree murder, a verdict that shocked millions of people. The whole drama made Anthony one of the most-searched people on Google that year.

The iPad, which was released by Apple in 2010, was Google’s fasted rising search query that year. Also new on the scene was Justin Bieber, who released his first studio album in 2010 and was the highest-trending person on Google’s list. 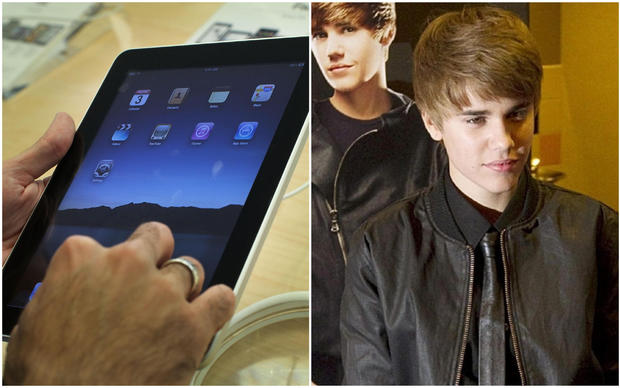 People were falling in love with Apple and catching Bieber Fever in 2010. iPad and Justin Bieber were Google’s fastest-rising search terms that year.