Russian plane crash: Choir members on board, no sign of survivors

(CNN) – A Russian military plane carrying members of the army’s official choir traveling to perform in Syria has crashed in the Black Sea near Sochi. There are apparently no survivors, according to the Russian Defense Ministry.

The ensemble was “flying to congratulate Russian air force pilots in Syria with the New Year,” ministry spokesman Igor Konashekov said.
A Tupolev Tu-154 plane that was carrying 92 people, including 84 passengers and eight crew members, disappeared from radar Sunday morning local time after taking off from the Adler airport, state-run RIA Novosti news agency reported.
The plane took off from Moscow and was headed to the Russian Hmeymim airbase in Latakia, Syria, where Russia has a large military presence, for a concert ahead of New Year’s Eve, a source told Russia’s state news agency Tass.
The ‘Red Army’ choir loved by Russia
Ten bodies have been brought on board a rescue vessel, according to the search and rescue team working the area of the crash, Konashekov said. One body believed to be among the victims was found more than three miles off the Sochi shore, Konashenkov said. 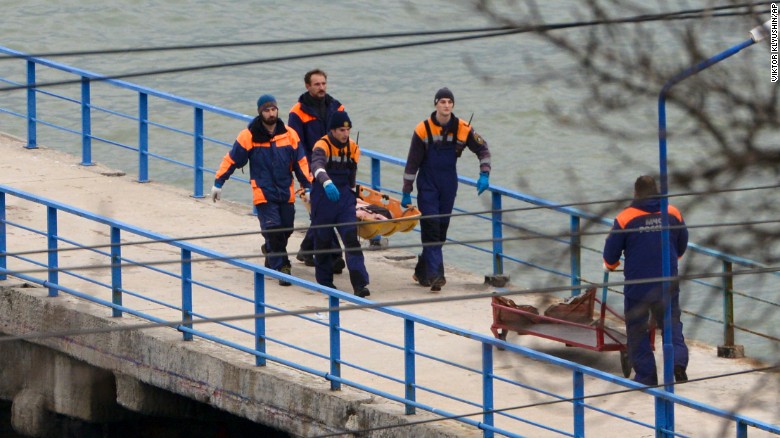 One of the people aboard that flight was Liza Glinka, a famous Russian human rights activist, according to CNN affiliate RBC. She was bringing medicine and other supplies to a local hospital in Syria, her colleague and friend Dr. Sergey Kurkov told RBC.
“We are shocked. I’ve talked to her on the phone just recently, just before it happened. She was a saint. She helped everybody,” he said, adding that he’s known her for 20 years. “She was kind, she was fair. It is such a huge loss for me. She talked to us. She argued with us. She was my teacher. She was like a family for me.”
The first bodies of victims from the crashed flight are expected to arrive in Moscow on Monday morning, said Deputy Defense Minister Nikolai Pankov, according to RIA Novosti.
The Russian Tu-154 could have crashed because of a technical malfunction or pilot error but not terrorism, said Viktor Ozerov, chairman of the Federation Council Committee on Defense and Security, according to Russia’s Sputnik news agency.
“I rule out version of the terror attack completely. It is the aircraft of the Ministry of Defense, the airspace of the Russian Federation, there cannot be such a version,” Ozerov is quoted as saying. “The plane had to make a U-turn after takeoff over the sea (and) may (have taken) the wrong direction.”
En route to Latakia, the plane landed in Sochi to refuel, the Defense Ministry’s press service told Russia’s Interfax news agency.
According to RIA Novosti, the Defense Ministry said it found debris from the Tu-154 in the Black Sea one mile from Sochi. Four ships and five helicopters have combed the crash site, Konashenkov said, according to Tass.
More than 100 divers with special equipment will be deployed, and a group of medical and psychological professionals will be on hand to help relatives, he said.

CNN Meteorologist Derek Van Dam said no major weather patterns were present at the time of the plane’s disappearance. On Sunday, the temperature of the Black Sea was about 10 degrees Celsius (50 F), according to Russian media.
The Defense Ministry published a list of those on board. Among them: eight crew members, eight soldiers and more than 60 members of the famed Alexandrov Ensemble, the Russian army’s official choir, including its conductor Valery Kahlilov.
Since 1928, the Alexandrov Ensemble has grown into a immensely popular tradition due to its unending government support. It has toured the world performing Russian folk songs, World War II anthems and patriotic music, and was dubbed “Russia’s singing weapon.”
The ensemble consists of between 100 and 120 members depending on the type of performance. It includes a choir, a dance troupe and an orchestra. Because their performance at the airbase was going to be mostly a cappella, only the choir and a handful of dancers were aboard the plane, Russian media reported.
“The orchestra did not fly because [the choir] was supposed to use pre-recorded music,” choir singer Sergei Khlopnikov, who didn’t make the trip because his daughter was sick, told the Interfax news agency.
Nine journalists, including three reporters with Star TV, were on board, the Defense Ministry said on its television network.
“Our cultural paratroopers perished,” the head of the Moscow government’s culture department, Alexander Kibovsky, said in televised remarks. “These people always performed in war zones, they wore uniforms, they brought kindness and light,” said Konashekov.

The plane was manufactured in 1983 and had 6,689 hours of flight. “The last repair was on December 29, 2014, and in September 2016 it underwent scheduled maintenance,” the ministry said, according to Tass.
The ministry identified the pilot as Roman Volkov, who it said was a “class 1 pilot” with more than 3,000 flying hours. 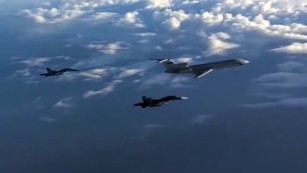 A photo of a Tupolev Tu-154, the same plane that disappeared Sunday morning after taking off near Sochi, Russia.
Tass has reported that, according to the Defense Ministry, “all search and rescue services of aviation units on the Southern Military District in Krasnodar and neighboring regions are engaged in aircraft search.” 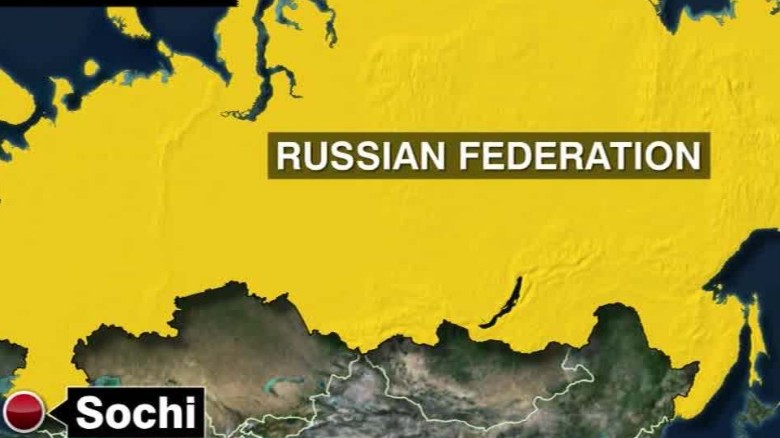 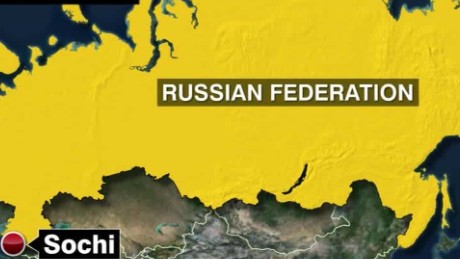 CNN’s Julia Jones in Atlanta, Mansur Mirovalev in Moscow and Sarah Sirgany in Abu Dhabi contributed to this report.